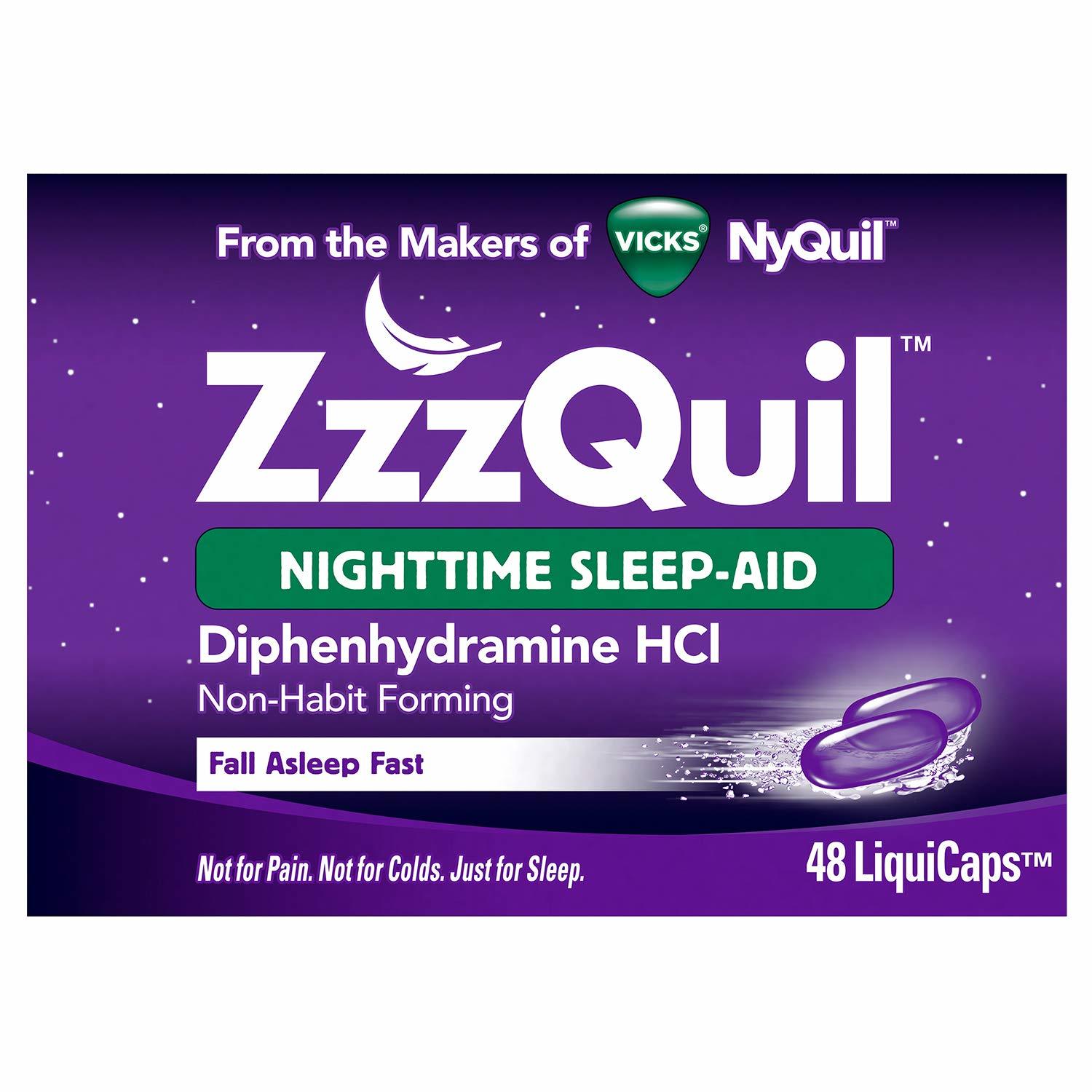 ZzzQuil is best used if you cannot sleep. The active ingredient is diphenhydramine, which is the same as in benadryl. Try to not use this too often. 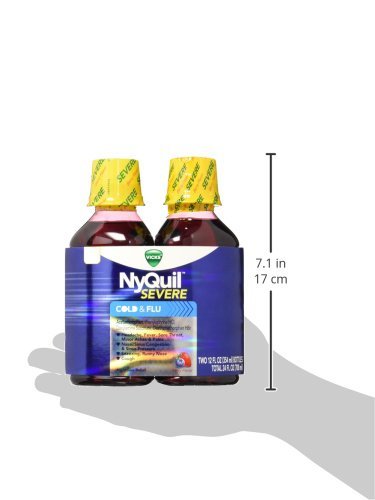 NyQuil is best used for if you’re sick (or starting to feel sick). It contains acetominaphen among others, so don’t combine with alcohol or other pain killers.

It’s been a while since I was really sick – but if there’s one thing that I always do when I start to get a runny nose, nasty cough and temperature – it’s to get as much hours of good sleep as possible. Unfortunately, that’s not always possible. Maybe you’re an insomniac, or feeling so plain bad that your symptoms keep you from falling asleep. A solution – albeit a tad confusing – exists: ZzzQuil vs NyQuil.

Both are over the counter caps you can buy from the brand Vicks. Their names are similar. But their effects are not. They’ve caused a lot of confusion in the last couple of years. We’ll discuss:

Note: I’m not a doctor. If you’re feeling seriously ill or can’t sleep, it’s better to speak to your doctor instead of consulting articles on the internet. Both ZzzQuil and NyQuil are relatively harmless (they’re OTC), but taking too much – or for a too long period of time – can cause damage.

However, taking it once a while won’t be a problem. (Be sure to read the instructions. NyQuil for example contains acetaminophen and alcohol, which both can cause problems if being used by the wrong person).

Look, both end in ‘Quil’ but as far as ingredients go, this is the only thing they have in common.

Here’s a list of ingredients for NyQuil (30 mL dose):

ZzzQuil on the other hand only contains one active ingredient (for 2 caps):

As you can see they’re very different medicines. And the only thing that they have in common is an antihistamine.

These antihistamines are the reason why you can take ZzzQuil and NyQuil to fall asleep:

Both sedate you so you can fall asleep

Antihistamines have been around for a long time. At first they were only used by people with allergies – or who had a runny nose. They’re active in the body’s local immune system.

The funny thing is that they also make you drowsy. Why? Because they can cross the blood brain barrier and interact with the body’s sleep regulation – so that you feel drowsy.

This wasn’t the main reason why people starting taking antihistamines at first. But soon they noticed that apart from helping with allergies, it also made them drowsy and easier to fall asleep.

(Modern antihistamines such as Claritin and Allegra cause less drowsiness, than diphenhydramine and Doxylamine. Important to know is that diphenhydramine is also widely known as benadryl.)

So if you can’t sleep, it works effectively to take ZzzQuil or Nyquil to make you drowsy – which in turn makes it easier for you to fall asleep.

Both are relatively non habit forming, so you can take them once a while when you feel that you need it. Don’t take it more than 2 weeks though, as your body might get used to it.

Good, so now we know that they both work to make you fall asleep. But which one is better in which situation – ZzzQuil vs NyQuil:

NyQuil is mainly produced as an OTC cold & flu medicine. So you should take that when you’re sick – or starting to feel sick. Here’s a list of symptoms that NyQuil helps with:

Most people recover from these symptoms on their own. But they can be annoying to deal with for the time that you’re experiencing them – especially if you’re trying to fall asleep at night. Taking NyQuil is an easy way to relief these symptoms and make you a drowsy. So you can easily fall asleep (which will aid the recovery process).

Don’t take NyQuil during the day! Because you do not want to mess up your sleeping pattern too much. You can take the daytime version (DayQuil) to ease symptoms.

If you’re not feeling sick or have any of the symptoms described in the previous paragraph, then it’s a better idea to take ZzzQuil. This is most effective if you *only* can’t fall asleep.

So that means if you’re struggling with insomnia, ZzzQuil is a better option for you then NyQuil.

It doesn’t matter if you regularly can’t fall asleep, or if once a while you struggle with that. Taking ZzzQuil will help you fall asleep more easily.

Be warned though that you don’t want to become too reliant on it. If you take it for too long, it might cause *rebound insomnia*. That means that it will be even more difficult to fall asleep, as your brain ‘become lazy’ in falling asleep itself. This is the last thing you want, as you’ll become more tired and will need even more help to fall asleep. Which can cause dependency.

So if you’re (regularly) struggling to fall asleep, ZzzQuil is a good method to help you fall asleep.

By now you know the answer to the ZzzQuil vs NyQuil debate. Here’s a quick summary of everything we’ve discussed:

P.S. You can get both ZzzQuil and NyQuil easily on Amazon. Remember: ZzzQuil for insomnia – NyQuil for when you’re sick.